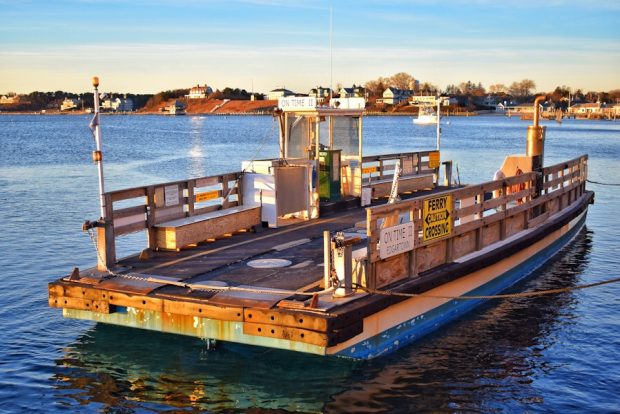 I just love the Chappy Ferry

When I came to Martha’s Vineyard for JAWSfest in 2012, I started walking around Edgartown to try and familiarize myself with my surroundings. I stumbled accidentally on to the Chappy Ferry. I was thrilled. Edgartown already looked and felt just like Amity Island anyway, but to accidentally stumble upon the ferry where they had filmed that scene, “You yell, ‘Barracuda!’, everybody says, ‘Huh? What?’…You yell ‘Shark!’ and we’ve got a panic on our hands on the Fourth of July.”,was really very cool indeed. It’s hard to believe that I was ever that naive about the island. I had been away for several years and reacquainting myself with my old friend took some doing. 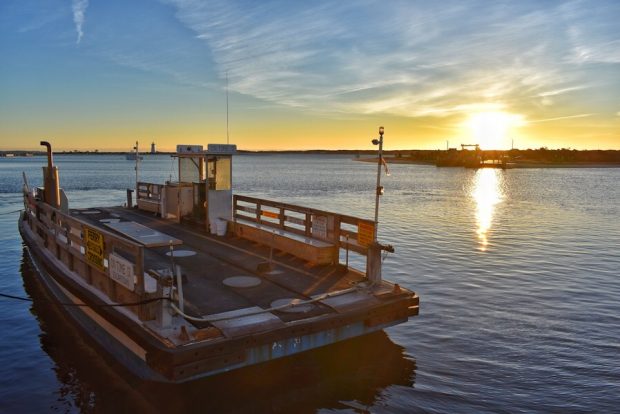 The On Time II

There’s a lot more to it than just JAWS…a lot more. In fact, if you haven’t read Tom Dunlop‘s book, The Chappy Ferry, I strongly encourage you do to so. It’s a fascinating read. Tom inspires me on many levels. He’s an exceptional historian (someday, I would love to know half as much about Martha’s Vineyard as Tom does), he’s a great writer, he was one of the stars of JAWS 2, he was an extra in JAWS, and when you get right down to it, Tom’s just a really great guy. The historian, writer, and great guy, I can work on, but the JAWS 2 and JAWS roles will always make him cooler than me. 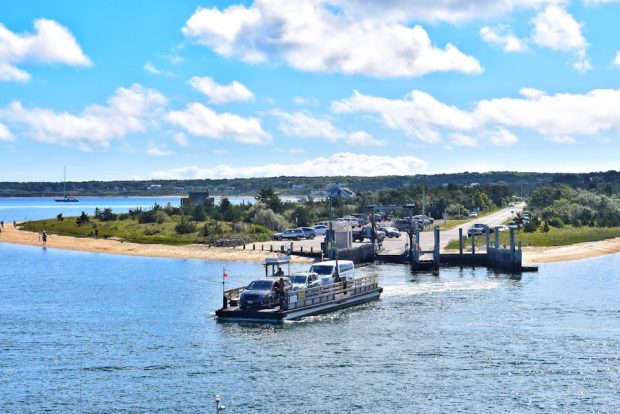 The Chappy Ferry on its 527 foot route

I never tire of taking the ferry or even just watching it from Memorial Wharf. A couple of years ago when I was on Martha’s Vineyard for my birthday, the first thing I did was take a ride on the Chappy Ferry. The island was quiet and I couldn’t think of a better way to start my day than watching the sunrise behind the Edgartown Lighthouse, while aboard the On Time II or III.

Symbol of A Simple Life

Even though this ferry is a boat with an engine and therefore somewhat representative of the modern world, the Chappy Ferry is still a throwback. Anywhere else would have built a bridge by now, but not on Martha’s Vineyard. In fact, I can’t even wrap my head around what a loss that would be. Does the traffic get crazy in the summer? Absolutely. There are line-ups in the summer months that require their own police officers. Cars line-up the entire length of Daggett Lane to the other side of North Water Street, and up Simpsons Lane, all the way to Peases Point Way sometimes! Still, losing that trip, building a bridge, would destroy a lot of what makes the island unique. 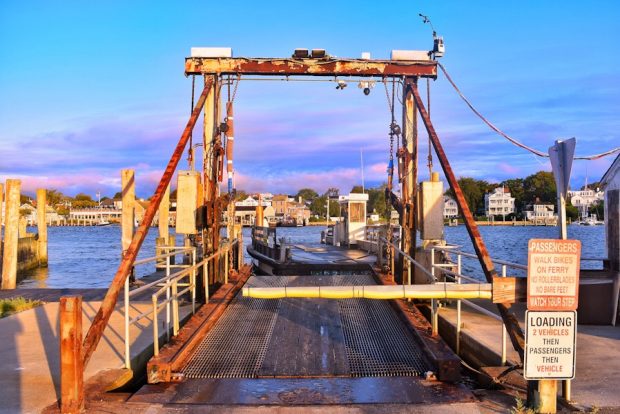 Early morning on the Chappy side.

A bridge would increase traffic to Chappaquiddick. It would also increase the speed of traffic on Chappaquiddick. A lot of the reasons that Chappy is as wonderful as it is rely entirely on the fact that you can’t get to it without at least a modicum of difficulty. You do have to line up, you do have to wait for the ferry, and you do have to pay a fare. Some of the best beaches on Martha’s Vineyard are on Chappaquiddick, but even in peak season they aren’t crowded because they are just a tad inconvenient. I like it that way… and so do the islanders. 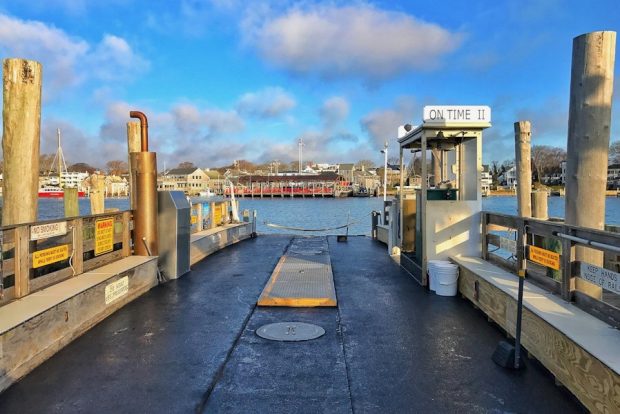 I don’t drive. I never have. When I take the Chappy Ferry, I just walk on. If I’m in a car with friends or family, I am usually bouncing around like a cocker spaniel. As soon as I can, I bound out of the car and watch the ride take place. I try and contain myself to the benches provided, but I’m always too excited. Now, that I have a really good camera, I can hide behind the excuse that I have to take photos. I’ll stand and look to see if Catboat Charters is sailing by—Tigress is always good for a photo or two—or just try and get another shot of the harbour, but really, I’m enjoying the ride. I like to be on a boat and have the ocean breeze in my face. I like to listen to the rush of the water being pushed across the bow and closing in our wake. Being on the Chappy Ferry quenches several of my constant thirsts all at once: It’s a boat ride, it’s a JAWS set, and it’s just oh so Martha’s Vineyard.