My favourite things about JAWS. I think it’s painfully obvious to everyone reading this that this site would not exist if JAWS had not  arrived in February, 1974. Of course, I am speaking of the novel. Peter Benchley’s novel started it all. My own Martha’s Vineyard Mysteries would not exist without the publication of that book. Nor would the film have existed without the novel, so we must give credit where credit is due. The novel started it all. Helen Gurley-Brown, read the novel and gave it to her husband, David Brown, the movie producer and said, “You should make a movie out of this.” David Brown and his partner Richard Zanuck bought the rights and JAWS, the movie, was released on June 20th, 1975. 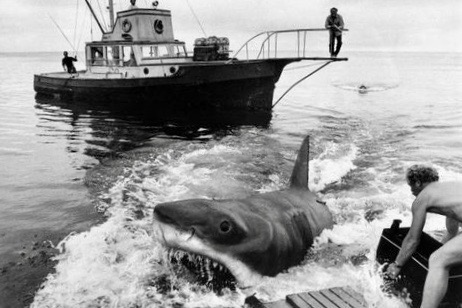 Filming one of my favourite shots

I have no idea what I was doing for those first four years of my life, but it is extremely hard to believe that for four straight years, I didn’t say the words, “shark”, “JAWS”, and/or “Martha’s Vineyard”. I’m not entirely sure more than a day has gone by in the past forty-four years where that has been the case. I have written about JAWS locations. I have written about how JAWS is still everywhere you look on Martha’s Vineyard. This time, I thought I would write a post about my favourite things about JAWS. I hope you like it. I would also love to hear what your favourite parts of JAWS are. Please leave a note in the comments field below.

The Women of JAWS

When I went to JAWSfest 2012, one of the panel discussions in the Old Whaling Church was ‘The Women of JAWS’. I was thrilled. You see, my favourite characters in the film had always been the women. I know that I’m going to get a lot of flack for this, but it’s true. My all-time favourite JAWS character is Mrs Taft played to perfection by Fritzi Jane Courtney. I love her seventies look, I love her attitude, and I love her voice. Ever since I was very young, I have loved her delivery of that iconic line, “Are you going to close the beaches?” in the town hall. Fritzi Jane Courtney is also the only actor, other than Lorraine Gary to be in three of the four JAWS movies. She was in JAWS 2, as well as JAWS: The Revenge. I love that.

Which brings me to Lorraine Gary. There has been some debate in the past on how Lorraine got the part of Ellen Brody. Steven Spielberg has always said that he was a fan of Lorraine’s, that he liked her natural style. Others have said that Spielberg only hired her because she was the wife of the President of Universal Studios, Sid Sheinberg. I say, haters gonna hate.

I love Lorraine Gary as Ellen Brody. One of my favourite line readings in the entire movie is in the Brody home, after The Chief has had a tough day, Hooper comes to the door and says, “Your husband’s home—I’d really like to talk to him.” and she responds with, “Yes…so would I.” It’s the best. The line is laden with wifely concern and frustration and it’s all in the delivery. I know that no one could have given that line the intonation that Lorraine did. Lorraine Gary and Fritzi Jane Courtney are definitely two of my favourite things about JAWS.

Ellen Brody really wants to talk to her husband

As I said, I was at the panel discussion ‘The Women of JAWS’ at JAWSfest. The panel consisted of Susan Backlinie (Chrissie, the first victim), Mrs Kintner (mother of the boy, Alex, who was eaten at the beach), Edith Blake (unofficial photographer of JAWS production, she took the cover photo on this article), Carly Hogendyk (the artist on the beach), and Susan Murphy (shark operator). Sadly, Fritzi Jane Courtney had passed away earlier that same year. It was a lively conversation and a lot of fun.

My Favourite Shots in JAWS

JAWS is also famous for its camera work. Did you know that eighty-per-cent of JAWS was filmed on a hand-held camera? It was the only way they could absorb the motion of the ocean when they were at sea. Having said that, there are a few great shots in JAWS and a couple of them are two of my favourite things about JAWS. One camera shot is when the final barrel is shot into the shark and it breeches slightly, and splashes the camera. It’s a fantastic action shot, but with Quint in the background giving it a humanity and depth. That single shot drives home the “man vs mother nature”, “Ahab vs Moby Dick”, that is the theme of the whole movie.

My all-time favourite shot in JAWS is also just after the third barrel is shot into the shark. Brody is inside the cabin. He is scared but thrilled. There is a child-like quality to his sheer wonder at the whole experience. From outside one of the cabin windows, we watch that wonder expressed on his face and in the reflection in the window, we see the barrel and its wake glide by. It is shots like that which make Spielberg the brilliant filmmaker that he is. In a single frame, he tells his audience the whole story. It’s a beautiful thing to see.

Storytelling in one single shot

There are a few of props that make my favourite things about JAWS list. One close to the top is Mayor Vaughan’s jacket. Every time I pass a bespoke menswear shop, I always wonder if they could make me a copy on Larry Vaughan’s anchor blazer. I love it. Vaughan is the Fashion Mayor, style icon. As long as we’re talking style icons, I have to bring up Mrs Taft again. I can’t get enough of her taupe leisure suit from the town meeting. You have to give a lady credit when she shows up to a town meeting dressed like the six-million dollar man. That’s hot. I’d also like to give a quick mention to Alex Kintner’s Grandfather’s tie. It’s a navy blue tie with little red Martha’s Vineyards all over it. I want it.

Larry Vaughan was the Anna Wintour of Amity Island

The Orca, Quint’s boat, is definitely one of the best movie props in history. How they just let it rot away is beyond me. It breaks my heart. I have always dreamed of having enough money to create a full scale replica and toot around Edgartown Harbor. I’d even fashion some sort of rig where I could tow yellow barrels behind me. Hey, a JAWS fan can dream, can’t he? I’ve always wanted an olympic pool with a full-sized mechanical Bruce The Shark in it too, which brings me to…

The Orca was the coolest

Bruce The Shark. Of course, Bruce is the best movie prop in history. I mean they just don’t make them like that anymore. Even back then, they didn’t make them like that. Bruce is one of a kind. He’s terrifying even today. Every once in a while I will hear someone talk about how goofy the shark looks or how unrealistic the shark looks. It used to make me mad, but now I just grin to myself. That foolish person can talk smack about the best movie ever made all they want, because I know when they go swimming in the ocean, they will think about Bruce The Shark, and move just a little closer to shore. 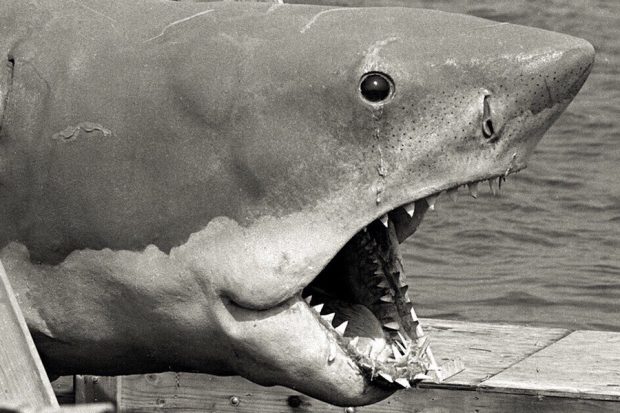 Martha’s Vineyard might actually play a bigger part in JAWS than many people realize. In fact, most of the people in the film are locals! The reason that this film holds such a special place in the hearts of the islanders is that they know so many people in it. The Medical Examiner was actually Dr Nevin of Martha’s Vineyard. He delivered most of the island babies at the time. ‘Bad Hat Harry’ was an islander, Mrs Kintner and Alex Kintner were islanders—all of the extras and bit parts. Martha’s Vineyard has a thriving theatre community and the production company was thrilled to have the local talent ripe for the picking. Even people with no acting talent took part. Who better to captain the ‘Amity On Time’ ferry than the real Chappy Ferry Captain? It’s a big part of why the movie works so well. 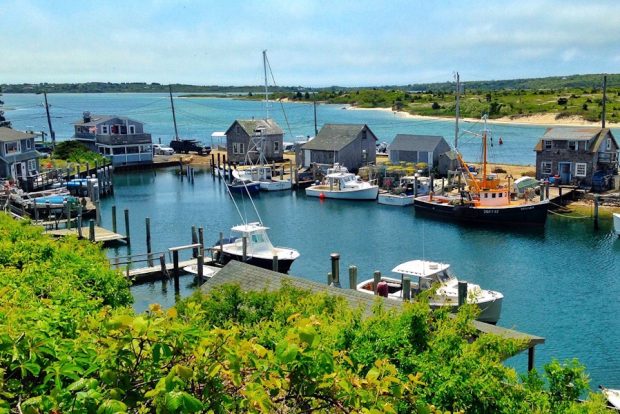 A funny thing has happened to me over the last few years. For the longest time, I used to love coming to Martha’s Vineyard because everywhere I looked, I could see JAWS. JAWS was and is my favourite movie, possibly my favourite thing, and I loved seeing it everywhere I went. Things have changed though. I used to come to the Vineyard to see JAWS, but now, I watch JAWS to see Martha’s Vineyard.

I love Martha’s Vineyard. Finding new paths and detours up and down island, getting to know its people makes me happy. The island community is a friendly one, a happy one. But the cool thing is, whether I’m sailing from The Cape to the Vineyard, eating my favourite lobster roll, or swimming its beaches, I owe it all to a twenty-four foot mechanical shark called Bruce. If it wasn’t for Joe Alves’ mechanical masterpiece and Steven Spielberg’s perseverance, I wouldn’t be doing any of those things. I wouldn’t have even written my first book.