My books are available at Amazon.com as well as carried by Edgartown Books, 44 Main Street, Edgartown, Mass, on Martha’s Vineyard. 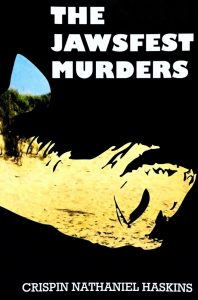 Another perfect summer is in full swing on Martha’s Vineyard when Charles Williams arrives for the vacation of a lifetime. Charles is one of thousands who are there for the celebration of the 1975 blockbuster JAWS. Very little has changed since it was shot there almost forty years ago; however, Martha’s Vineyard proves to be less than idyllic. The gruesome evidence of a fatal shark attack is discovered in the ocean while in Edgartown, vacationers fall victim to an unknown killer. Police Chief Laurie Knickles enlists the help of her friend and amateur sleuth, Charles Williams, as they suspect no one will be safe in the water or on land until they solve The JAWSfest Murders. 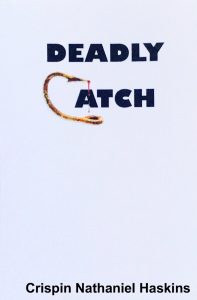 The JAWSfest Murders a year behind him, amateur detective Charles Williams returns to idyllic Martha’s Vineyard.This time, he has nothing in mind but a romantic visit with Edgartown Police Chief Laurie Knickles. Long distance relationships can be tough but they are both determined to make it work.When Charles finds that he is sharing the island with the three-ringed circus that is The Monster Shark Fishing Tournament, he is less than impressed. Not only does it take up Laurie’s time, Charles has always been against the tournament on principle.This year, sharks aren’t the only things being hunted. Once again, Charles and Laurie find themselves chasing a killer.This time, it’s a deadly chase that takes them not only across the island but out to sea. 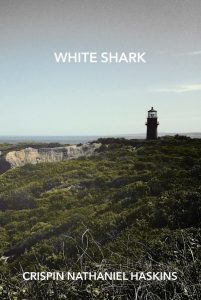 Martha’s Vineyard is a beautiful place for a wedding! Charles Williams is back on the island and this time with a more permanent stay in mind! Charles and Police Chief Laurie Knickles are getting married! Their friends have congregated for the festivities, some Laurie met during The JAWSfest Murders and some she is meeting for the first time. Everyone is on their best behaviour, hoping to make a good impression. But when a near fatal car accident in the middle of the night introduces a stranger to the group, things change, and people start to die. Only days before the wedding, someone is drawing a line through the names on the wedding list and Charles’ name is at the top of that list! 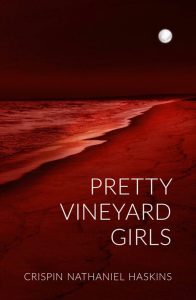 A dead whale is floating along the south shore of Martha’s Vineyard, blowing an ill wind across the entire island.
Edgartown Police Chief Laurie Knickles is on her honeymoon, leaving the capable Detective Jack Burrell in charge. When an Edgartown socialite is found murdered in her home, Jack must decide whether or not to call the Chief back from her Nantucket vacation.
In Oak Bluffs, three young women—Alice, Trish, and Virginia—are opening a clothing store, Pretty Vineyard Girls, on Circuit Avenue. The three friends have worked hard for this and nothing—not even an abusive ex-boyfriend turned stalker—is going to stop them. When one of the women goes missing, it’s time to call in Police Chief Jefferies.
As the evidence mounts in Edgartown, Detective Burrell’s murder case looks like a sex crime. The Edgartown and Oak Bluffs police departments realise they’re working the same case just in time to discover a second body.

Sometimes, you just have to stop by the side of th