The following is the opening chapter of my first Martha’s Vineyard Mystery, The JAWSfest Murders. This fun novel is followed by Deadly Catch, White Shark, and Pretty Vineyard Girls! I really hope you enjoy it!

When he fell, the man smashed his head against a tree stump, wedging a piece of bark into his eye. It was too dark to see the stump coming, so, he had done nothing to break his fall. The pain was sharp, almost unbearable but he stumbled back onto his feet and tried to keep going. The woods were dark, very dark. In the horror movies of his youth, there always seemed to be this incredible moonlight to guide people’s paths through the woods, but in real life, there was nothing but oily blackness. His lungs were burning and for a brief moment he regretted giving up his gym membership. It seemed like a ridiculous thing to think about given his current situation but he decided he would rejoin if he got out of these woods alive. He stopped running for just a second to feel his eye and catch his breath. The eye was intact but there was a warm, stickiness pumping out of a three-inch gash below his brow. He knew he was bleeding pretty badly.The dark, the blood, and the swelling had rendered that eye useless. There wasn’t much to see but having the use of two eyes would definitely have been a plus. There was a snapping noise behind him on his left. He reached out and groped for cover. Lowering his breath as much as he could, he felt for the stump. If he snuggled up to it tightly, he thought, he and the stump might just pass as one. His breathing sounded like trumpets over the marching band of his heartbeat. It all sounded so loud to him; he couldn’t believe that he hadn’t been caught and killed by now. This was not the Martha’s Vineyard he knew. The footsteps came closer. They were slow and methodical. His hunter was no more than forty feet directly in front of him. His outline was barely discernable in the blackness but his movement gave him away. It seemed like he had been hunting his prey by listening to his footsteps but now that they had stopped, the hunter was confused and cautious. He kept moving, slowly but with purpose. He hardly made a sound. 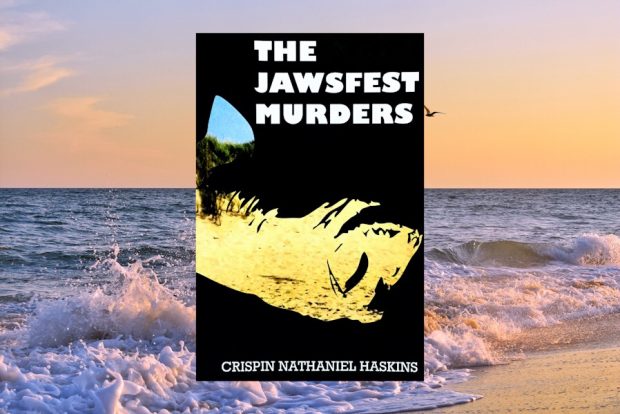 The man beside the tree stump watched almost numb as his hunter crept past him. The plan seemed to have worked. He watched and listened as intently as he could before standing up. It had gone quiet. His legs had cramped up while he had huddled against the stump and it was hard to move. His hamstrings screamed as he straightened and he got a Charlie- horse in one of his calves. Running through the woods had made him cold and wet. He stood and started in the opposite direction of the hunter. There needed to
be as much distance between the two of them as possible. He needed to make it to the police station in Edgartown but fast. He wasn’t even sure where he was or in which direction he was headed. He had been running in the woods for what seemed an eternity and it was impossible to tell whether he had moved in a straight line or not. He did know that he had to get out of the woods. If he got out of the woods, he’d be safe.

He couldn’t help but scream out but he wasn’t sure if he was screaming due to the sound of the gunshot or because of the bullet tearing off the top half of his ear. His face burned, his ear burned. He was crying now. His wails were more than enough to give away his exact location no matter how dark it was or how fast he ran. He couldn’t help himself. His head was spinning and he thought he was going to be sick. The second shot sounded through the forest and he felt like he had been kicked to the ground by a heavy boot. He landed face first in the muck. The wind knocked out of him, he pleaded for air but found very little. He realised that he had been shot in the back. He would not live through this; he knew that now. His mouth was filling with a thick metallic taste. He had stopped wailing and was gurgling up blood instead. He tried to get to his feet but he barely managed to roll over. Up through the trees, he saw the moon come out from behind the cloud cover. He couldn’t feel his hands or feet. The forest lit up just like in the movies. He felt the warmth of his bladder let go in his jeans. Trees were a haunting blue in the moonlight, so were the ferns, moss, and grass- he saw the stump that he had hit. The light faded again. There was something peaceful about a forest at night. It was beautiful. A calm. The man was dead.