The following is the first chapter of my fourth Martha’s Vineyard Mystery  novel, Pretty Vineyard Girls. It is preceded by The JAWSfest Murders, Deadly Catch, and White Shark. It is also the predecessor to Dead And Buried. I really hope you enjoy it!

The fist hit her square in the jaw and she heard the crack, heard it from inside her head. It took her by surprise. She hadn’t actually expected to be hit. The leather-gloved hand jarred one of her teeth loose on contact. She was sure of it. She stumbled back and groped at her face. It was the first time she had ever taken a punch. Her face burned. There was fire in her throat, fire in her nose, and fire behind her eyes. She fell to the floor and immediately scurried back. She pushed at the floor with her stocking feet but they found little purchase on the tiled floor. For all of her flailing around, she didn’t cover much ground. Her assailant was faster, angrier—so angry. A heavily booted foot pulled back and swung forward with as much force as its wearer could muster. Her hands reached out in meagre defence. The boot caught her finger—it stung. The toe of the boot found her ribs and she felt them crack. She screamed. Her scream came out in a gurgle. She hadn’t realised how much blood had filled her mouth since the punch. Her fear had distracted her from its metallic taste. She was aware of it now. The blood fell from her mouth and hit the kitchen floor with a heavy splatter.

“Where is it?” her assailant hissed in a heavy whisper.

“I don’t know!” she shook her head in protest.

Another kick. This one was lower, in the abdomen. She felt like she was going to be sick. The second kick knocked the wind out of her and she gulped for air. She straightened her arms and tried to stand. As she got to one foot, she heard an animal-like holler behind her, almost a growl, and a wooden kitchen chair crashed across her back. She fell across the kitchen table, flipping it onto its side—salt and peppershakers, her purse, papers, and plates, cutlery, all shot in every direction. She collapsed. The same leather-clad hand that had punched her in the jaw grabbed her by the hair and twisted. She felt strands leave her scalp by the root. “Where is it?” the whisper repeated. 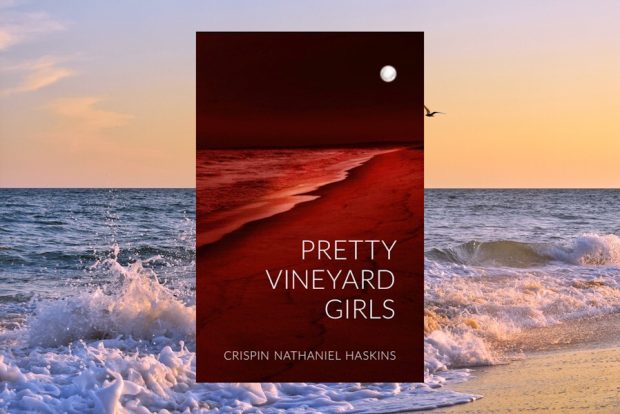 “I don’t know! I swear! I’ve never even seen it! What would I even want with it? If I had it, I would have destroyed it! Why do you want it? I don’t understand any of this!” she pleaded in desperation. “Please… just go. I’m not going to say anything—I can’t! Not about that! Think about it! I have nothing to gain by talking. Please, just go.” She was crying. Her strength was gone. Blood still leaked from the corners of her mouth. Its metallic flavour mixed with snot—it made it seem greasy. She began to wail like a child. She coughed and spit out a tooth. She hadn’t lost a tooth since she was a kid.

She was released and she fell to the floor like a dead deer falling from the roof of a car. The heavy boots stomped out of the house and she heard the screen door yawn open and then snap shut. The sound of the boots stopped when they hit the lawn. She was left in silence.

She didn’t move. She was whimpering. She wasn’t even trying to make sense of what had transpired. She just wanted to lie there. The tile floor was cold and it was refreshing, almost reassuring. She was in her own kitchen, in her own house. Her nearest neighbour was a half a mile away. She didn’t even know if they were on island. She hadn’t seen them in a while. That was part of the allure of living up-island; you could go a long time without seeing anyone if that was how you wanted it. Sweat trickled down her forehead and stung her eye. She wiped at her face and when she drew her hand back, she saw that it was blood not sweat. She shifted to get up and the pain from her side was so intense that she cried out and collapsed on the floor again. The pain shot out of her side and up her neck to her skull. The pain wrapped around her waist. It was hot—it burned.

She began to focus on the room around her. Her family photos smiled out at her as if nothing had ever happened. Her small kitchen table lay on its side and one chair was broken just to prove that something had. The cutlery that she had set out for supper was strewn across the floor; her plate was in pieces. The sheets of The Vineyard Gazette were askew and peeking out from underneath them—was it even possible?—was her iPhone. She couldn’t believe her luck.

Struggling to her elbows, ignoring the pain that wrapped around her torso in a fiery spider web, she pulled herself across the floor the four feet necessary to reach the phone. With her right hand, she reached out and grabbed it. Her hand was bloody. A wet hand would be no good to her. iPhones didn’t register wet fingers. She wiped her hand weakly on her jeans and typed her password into the phone. She could feel her head getting heavy. Her breathing was irregular. It was so hard to focus. She pushed the phone icon, dialled 9-1-1, and hit speaker. Her vision faded but came back. She was getting dizzy.

“9-1-1, what is your emergency?” Asked the emergency operator.

“Is that your address, ma’am?” asked the voice on the phone. “Hello?”

The heavy boots hit the front porch with speed. The screen door snapped open. They hit the kitchen floor with purpose. The last thing she heard was the mechanical click of a gun.

Let me try and wrap my head around this entire pho

All things considered, I’d rather be in Menemsha

As much as I like taking photos outside of lightho