Charles sat on a park bench in Ocean Park, Oak Bluffs. In fact, it was the bench he always sat on when he came to the park. It was strategically positioned between the band stand and the path that led to Kennebec and Martha’s Vineyard Gourmet Café & Bakery. In the morning, when Laurie was at work, Charles would walk down from their house on East Chop, grab a coffee at Mocha Motts and then an apple fritter at Gourmet Café—or as it was commonly known, Back door Donuts. This was becoming far too much of a tradition. The rationale he was using of the walk from the house outweighing the calories in the donut was total crap. At the beginning of the season, Charles had picked up a brand new pair of Breaker Shorts from Vineyard Vines. If anything, from regular wear they should be a little bit more loose at the waist than when he first bought them. They weren’t.

Charles looked out toward the ocean and took a sip of his coffee. This was when Charles thought Oak Bluffs was at its best. It was still too early for the park to be really busy. There was a lot going on—islanders were going to work, joggers were running the park’s perimeter—but not what there would be in a matter of hours. This was the end of July, after all. Every year, islanders talked about how more and more people came every summer. Each season, it seems, is busier than the last. Charles didn’t notice all that much. He spent most of his life travelling to Martha’s Vineyard and living in Toronto, Canada. When you live downtown in a city of seven million, you don’t have the same perspective as someone who lives on an island with a year-round population of fifteen thousand.

Charles popped the last bit of apple fritter into his mouth. The perfect blend of cinnamon, butter, sugar, and apple entertained his tastebuds for just the right amount of time, and then, like the perfect houseguest, disappeared leaving them wanting more. 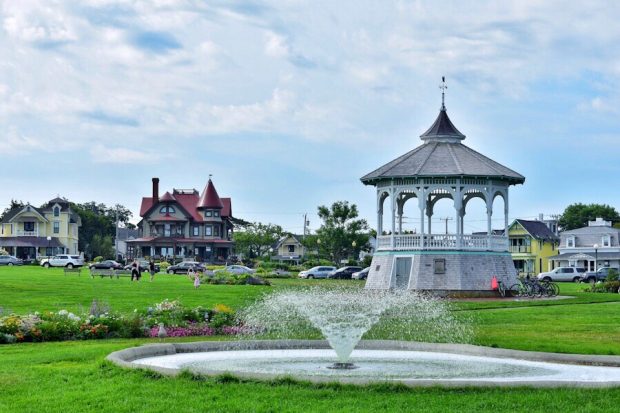 Brushing sugary glaze off of his new shorts, Charles stood, and walked toward the trash can. Charles’ flip-flops slapped across the wet grass. The damp blades tickled his feet. Charles bent over and picked up a candy wrapper that someone had dropped. Litter always made him so angry in the big city, but here, in the more bucolic setting of the island, Charles didn’t get mad. He just picked it up. Something about Martha’s Vineyard gave him pause and made him realize that sometimes, people dropped things. Mistakes happened. In the city, garbage seemed a lot dirtier; everything seemed a lot dirtier. Maybe that’s what he had always been so angry about. On Martha’s Vineyard, one wrapper was one wrapper, he just picked it up. Besides, what if someone did throw it away on purpose? Charles getting angry doesn’t affect the culprit at all. It just ruins Charles’ day. What’s the point in that? None. There was no point. Life is too short.

Charles turned at the sound of a familiar voice coming up behind him. “Morning, Jeff! How are you?” Charles and Jeff had met when Charles had come to the island for JAWSfest. Charles and his now wife, Chief Laurie Knickles, had solved what everyone now refers to as The JAWSfest Murders. Jeff had been a big help in that case and the two men had become fast friends.

“What?” Charles paused and then realized that Chief Jefferies had seen him picking up garbage. “Oh! Ha! Don’t give her any ideas. No, I’m just cleaning up the world one candy wrapper at a time.” Charles smiled. “My little corner of it anyway.”

“I wish more people were like you. I hate litterbugs.” Jeff shook his head. “It drives me insane.”

“Are you guys still coming over for Sunday night dinner?” asked Charles. 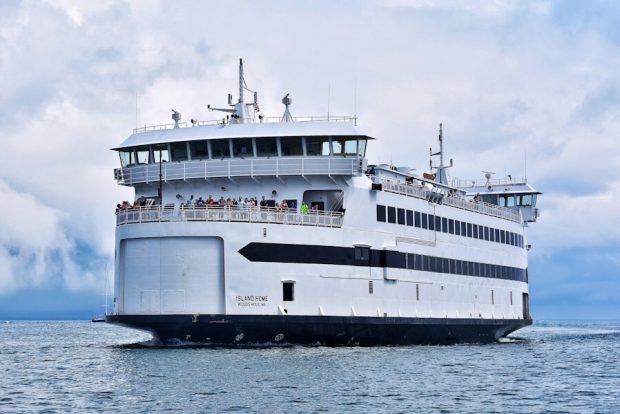 “Yessir,” nodded Jeff. “We wouldn’t miss it.” Jeff nodded toward the ocean. “Boat’s coming in. You clean up the rest of this park before you head home. Would ya, Charles?” Jeff laughed and started walking toward the ferry terminal. “Take care of that for me? I’ve got a whole boat load of tourists coming’ in.”

“So, I see. You’d better go get ’em!” Charles shook his head. “It gets busier every year.”