First of all, I would like to apologize for being hopelessly unprepared for this post as far as media is concerned. I cannot believe that I don’t have a nice photo taken from the front rail seating—my favourite place to sit—of The Lookout. No snapshot of the front sign. I thought for sure that I would have a photo of the ferry coming in to the terminal. I sure have seen enough of them from that perch. It has become a regular haunt of mine ever since I figured out where it was.

The Lookout Tavern is a little off the beaten path. It’s not in the middle of nowhere by any means, it is almost directly in front of the ferry terminal in Oak Bluffs. You can’t get more available than that, really. It’s just not on the main strip and that really works in its favour. The Lookout truly does look out over the ocean. To my knowledge, it’s the only restaurant in Oak Bluffs that does. There are some great spots with incredible views of the harbour, but The Lookout Tavern looks straight out over Nantucket Sound. On a “True Vineyard Day”, you can see for miles across the expanse of blue sea and there’s nothing like it, at least, not for me. 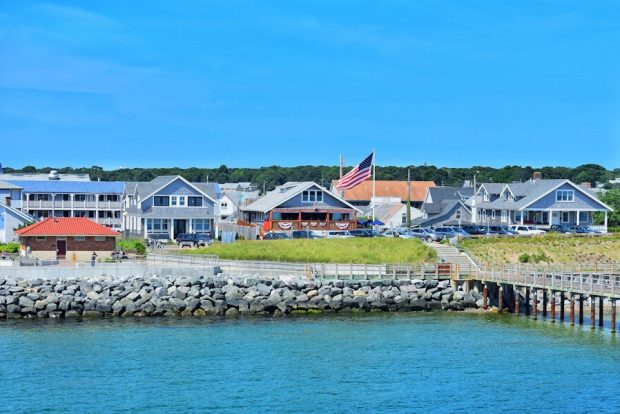 The Lookout Tavern Spotted from The Ferry

Probably more importantly, the food is excellent. I’m not a huge sushi guy, but The Lookout is known for excellent sushi. I have a lot of friends who are sushi aficionados and I’ve seen them inhale the sushi at The Lookout like Garfield at a lasagne eating contest. No, I don’t go for the sushi. I go for the lobster rolls and one more thing. Let’s start with the lobster.

I make a point of eating as many lobster rolls as I can from as many different vendors as I can, when I’m on Martha’s Vineyard. You see, I love lobster rolls and I do not eat them ever when I’m back in Toronto. Once you’ve eaten them twenty feet or so from the waters in which they were caught, what’s the point. Ya know? I will occasionally find myself in a restaurant where the burger looks good or the steak looks good, but then I give my head a shake, look at my server, and say, “I’ll have the lobster roll, please.”

Now, admittedly, I have yet to check off some highly recommended places on the Vineyard. So far, The Lookout Tavern has my favourite lobster rolls on the island. They’re big, they’re heaping with big pieces of lobster, and they haven’t overdone it with the dressing. Do yourself a favour and order it with the home baked chips. I should point out that I’m talking about the cold rolls. The warm lobster roll as an entity in general is tasty, but my preference is always the cold and that’s what I order. 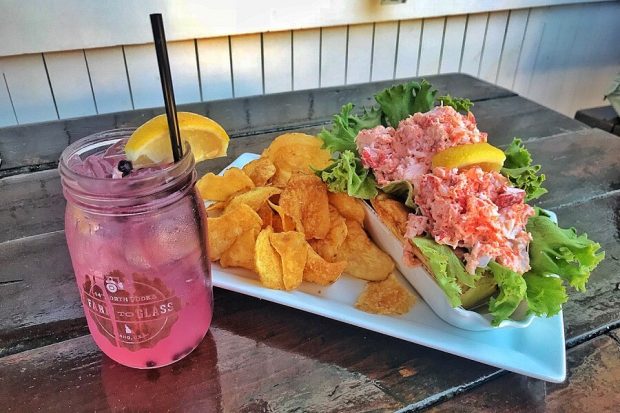 The Lobster Roll with Home Baked Chips and a Cocktail

Lastly, I feel the need to point out that The Lookout Tavern serves Bloody Caesars! Like yours truly, Bloody Caesars are a Canadian thing. They are made with Mott’s Clamato Juice which is a combination of tomato and clam juice. Bloody Mary’s are horrible things (sorry America), but a Bloody Caesar is a thing of beauty! I can’t believe I don’t have a photo of one! Shame, I feel shame. Clamato, vodka, Worcestershire sauce, and Tabasco sauce. The rim is garnished with celery salt. As far as I know, The Lookout is the only place on-island that serves them. Next time you are on-island, have a walk by The Lookout and take a look at the front row. Chances are I will be sitting there with a lobster roll in one hand and a Caesar in the other and not a care in the world. Hey, it’s The Vineyard.

As much as I like taking photos outside of lightho