I’m a Canadian. We don’t have Memorial Day. We have Remembrance Day on November 11th and now, after some reading, I realize that they are fundamentally the same holiday; however, I did have to do some reading to find that out. Not only am I Canadian, but I am a naturally curious person. If I don’t know something, I want to know about it. It doesn’t matter what it is. Being a big fan of Martha’s Vineyard, my circle of American friends is constantly growing. I wanted to know the history behind Memorial Day. It turns out that I am not the only one. I’ll try and start as close to the beginning as I can and work my way up to the present on our amazing little island. Memorial Day: Decoration Day To Martha’s Vineyard. 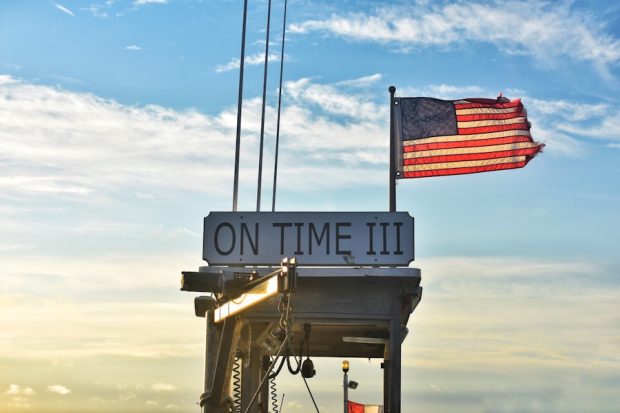 I think the photo sums it up best.

If we go back far enough, we go back to a time when The South and The North were divided; therefore, the history of Decoration Day is also divided. In The South, the first grave to be decorated (depending on what you read) was that of a Civil War soldier. It was decorated on June 3rd, 1861. The following year, more women (usually) decorated the graves of the Confederate soldiers they had lost. These escalating ceremonies led to the 1863 cemetery dedication at the graves of fallen soldiers in Gettysburg, Pennsylvania which is why President Lincoln is considered to be the founder of Memorial Day. 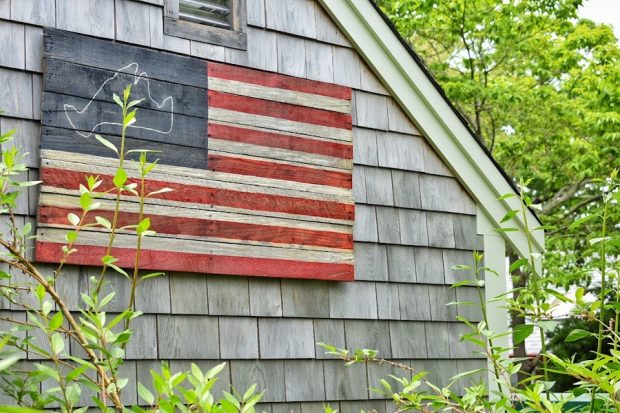 A wooden flag in Oak bluffs

Following Abraham Lincoln’s assassination in april of 1865, commemoration took on a whole new proportion. More than 600,000 soldiers of both sides of the Civil War had passed which gave the date a deeper cultural significance. Literally, everyone had been touched with a loss. During the war, under the organization of women, the decorating of soldiers graves had taken on serious magnitude. With so many dead soldiers, the federal government began creating national military cemeteries. 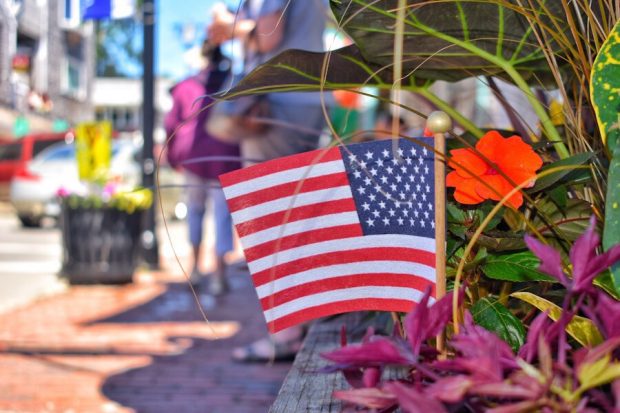 On May 1st, 1865, 10,000 recently-freed slaves held a parade in Charleston, South Carolina honouring their own 257 dead soldiers who had been buried in a mass grave in a Confederate prison camp. It was because of this parade that some historians credited the African-Americans with inventing Memorial Day. Up until this point, there were different traditions almost from family to family. Several of the Decoration Day traditions were merged eventually in the twentieth century and in 1966, President Lyndon B. Johnson designated the official birthplace of the holiday as Waterloo, New York, but it was just ceremony.

Even though the practice of Decoration Day had been adopted three years prior, on May 5th, 1868, General John A. Logan issued a proclamation demanding that Decoration Day be observed nationwide on an annual basis. At the time, he was the Commander In Chief of the Grand Army of the Republic, so who was anyone to argue? That same year, memorial events were held in 183 cemeteries in 27 states. That number exploded to 336 the following year. Rumour has it that the date was chosen because the flowers would be in peak bloom, but I’m not sure if this is entirely true or not. It’s a nice thought. 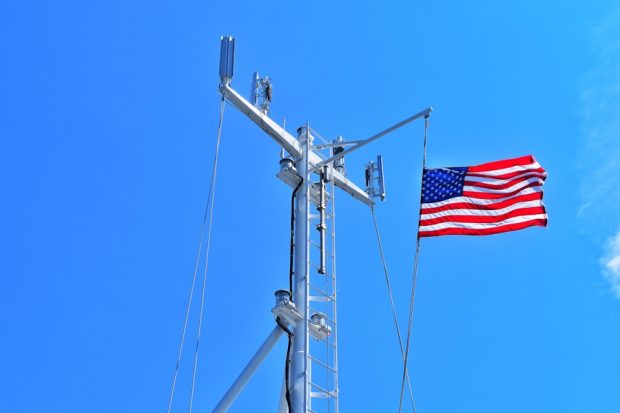 Atop the Steamship Authority

By 1890, every northern state had made Decoration Day an official state holiday. Women’s Relief Corp and the Women’s Auxiliary of Grand Army of the Republic sponsored almost all of the events. At that time there was no consistency from state to state. 300,000 Union dead had been reinterred in 73 national cemeteries including Gettysburg National Cemetery (Pennsylvania) and Arlington National Cemetery (Virginia). Traditions started to show from state to state including speeches by veterans and politicians commemorating the Civil War.

From the mid 1800’s through the 1920’s, government was continually looking for ways to expand the celebration. During election periods, parties would lobby on it. Decoration Day was seen as “The Day of All Days in the Calendar of the Grand Army of the Republic”. Even then, the younger generation was seen to forget the purpose of Decoration Day and turn it into a day of partying and celebration rather than memory and tears. This would also mark the beginning of the Indianapolis 500. It was opposed by the Army and rejected by the state legislature, but the bill was vetoed by the Governor and the race was held. The race is now always held on the  Sunday preceding Memorial Day. NASCAR’s Coca-Cola 600 has also been held on Memorial Day or the previous Sunday. Memorial Golf Tournament is also held tat the same time as well as the NCAA Division I Lacrosse Championship has been held on Memorial Day since the mid-eighties. 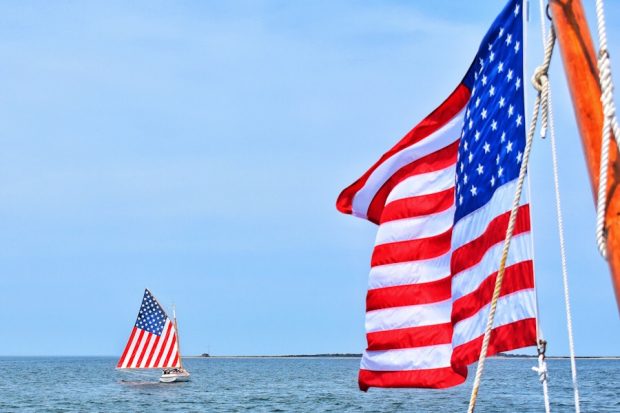 My favourite flags always seem to be on boats.

The name “Memorial Day” was first used in 1882; however it did not become the common name until after World War II.  It was not declared the official name by Federal Law until 1967. The following year, Congress passed the Uniform Monday Holiday Act, which moved four holidays, one of which was Memorial Day. From then on it was held on the last Monday of the May as opposed to the traditional May 30th. This was done to create the convenient, and people pleasing, three-day-weekend. the law took effect in 1971.

Today on Martha’s Vineyard, Memorial Day marks the beginning of the summer season. For me the summer doesn’t start until The Best Of The Vineyard, but I know I am in the minority here. The restaurants open, the hotels open, as well as all of the seasonal attractions. Seeing Tigress of Catboat Charters in Edgartown Harbor always makes the weekend just a little more sentimental. To mark the occasion, there is a parade with veterans of the armed forces as well as those who put on a uniform every day, the police, firefighters, American Legion, the Boy Scouts and the Girl Scouts just to name a few. I love all of the generations together. I love the school band playing at Memorial Wharf. Being an island, there are representatives from the Marine Corps and the Navy. Speeches are made and wreaths are laid. It’s important to remember that the life we have here in the Western Hemisphere is a privilege. Not everyone gets to live like we do. My grandfathers both fought in the war, but it doesn’t matter whether your family members past or present did the fighting. We may not know them all, but we owe them all. Have a wonderful Memorial Day Weekend.