When I went to Martha’s Vineyard in 2012, it was for JAWSfest. I spent half of my time seeing JAWS lectures and meeting with friends who, until that point, I had only known through JAWS websites and fan pages.  The other half of my time, I devoted to reacquainting myself with the island. I didn’t have a lot of money. I ate one lobster roll. Each meal usually consisted of one slice of pizza eaten very slowly.

Travelling was not my thing and I felt completely out of my depth. It had taken a lot of courage for me to go to Martha’s Vineyard on my own, even though I was in my thirties; however, I knew I was supposed to be there. I knew I was home. Still, I needed to absorb Edgartown. I walked up and down her streets, I walked to South Beach and back, I walked every twist and turn of Edgartown until I knew every captain’s house, every diner, every beach. By then, it was time to return to Toronto. Then, I wrote The JAWSfest Murders. 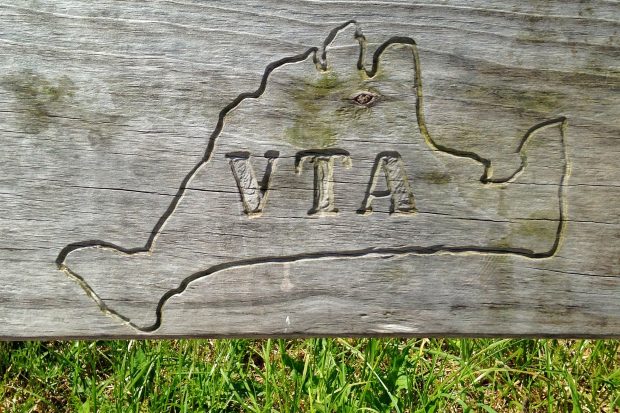 My adventure began with the VTA.

I didn’t go to Martha’s Vineyard in 2013 and I knew that something was missing. My friends did too. Buy the time the summer of 2014 rolled around, we had rented a house and come September, we met for a ten day vacation. My attitude had changed considerably. I was disgusted with myself and how restrained I had felt on my previous trip. I had walked and memorized Edgartown, creating a home base, a comfort zone in my head. Then, I had gone home and written a book that played out across the island. Major plot points took place in places that I hadn’t visited myself for over twenty years. I was not going to let that happen again.

On my first morning, I woke up, got dressed, and headed out the door. The sun wasn’t even up yet. We had rented a house on Pondview Dr. about halfway down Lagoon Pond on the Oak Bluffs side. I headed south and walked around the pond until I came to Vineyard Haven Harbor. I had breakfast at The Black Dog—of course I did—and then I looked at the bus schedule. You see, my plan was to do everything that I could to make up for the “wasted” last trip. I figured that I would get on the bus that would take me as far away from where I stood. That point on the map that would read, “You Are Here”. From everything that I could see, the furthest point away was Aquinnah. I got on the bus. 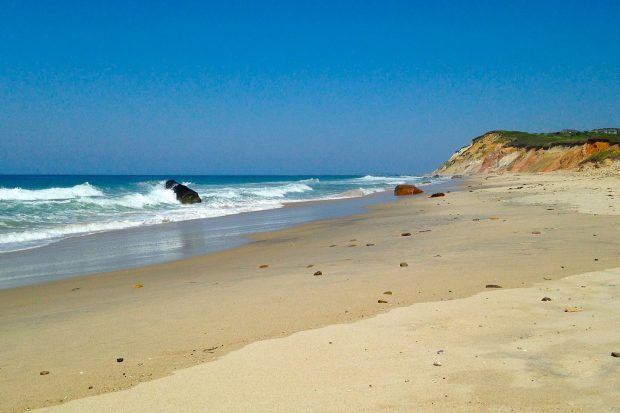 Perfect Solitude on a Morning Beach

In order to get to Aquinnah, I had to get on the Number 3 in vineyard Haven, take it to the West Tisbury Town Hall, and then switch to the Number 5 to get to Aquinnah… I think. It’s been a while. I can tell you one thing for certain though, I love taking the Vineyard Transit. The Vineyard Transit Association (VTA) is a comfortable way to see almost the whole island. I don’t drive, so bringing a car to the Vineyard is never a question for me. If you can leave your car in America, I recommend that you do so. Get on the VTA, sit back, put on your headphones to listen to MVYRadio, and relax. 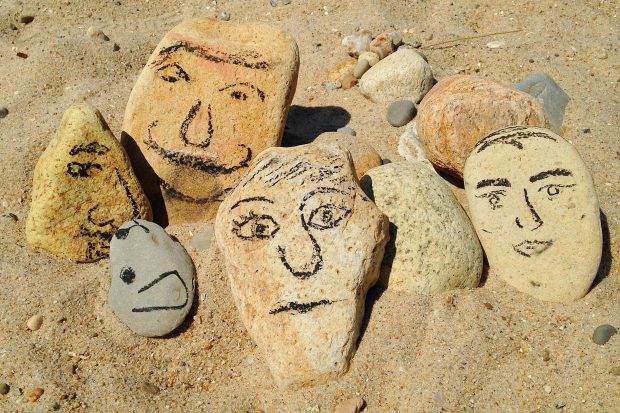 It did take a while for me to get to Aquinnah, but I was so glad that I did. I was exhilarated as a matter of fact. It was early to mid-morning. I would say that it was around nine-thirty. That’s not early by any means, but it is early to be at the far end of the Vineyard. I had eaten breakfast in an almost empty Black Dog at seven a.m. and now, other than bumping into The Family Stone, I was walking the empty beaches of Aquinnah. The sun was shining. The temperature was perfect. Most important, I had chewed through my restraints and ran as far as I could into the ocean. Martha’s Vineyard officially became my island that day. That’s quite the reward. I took some photos and then headed back up to the bus stop. While I was using the restroom, I missed my bus. I didn’t care.