When I started going to Martha’s Vineyard as an adult, like most people, I was equipped with an iPhone. I think it was an iPhone 4, but I’m not sure. It was whatever phone I had in 2012, when I went to JAWSfest. That trip would of course be the impetus for my first novel, The JAWSfest Murders, and I used my Martha’s Vineyard photographs to jog my memory when I was writing descriptive passages. That wasn’t why I had taken the pictures in the first place, far from it. It just worked out that way. 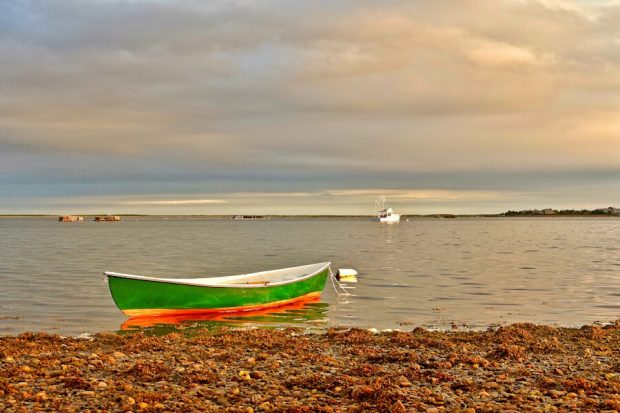 Just before I had left for the trip, I had interviewed for a job that I really didn’t want. I told myself that if I didn’t get it, that I would finally write the book that I had always wanted to write. Thankfully, I did not get it. It’s important to remember when you don’t get a job, promotion, or you get fired, it’s because there is something bigger and better around the corner, but I’m getting off topic.

When I was a kid, I drew all the time. When I think of my childhood, I see my Mum reading on the couch, my Dad reading in front of the stereo playing albums, and me lying on my stomach in the middle of the room, drawing. I remember drawing a lot of sharks—I hope you were sitting down for that shocking revelation—and I remember drawing Wonder Woman (her TV show was huge) for a while. Also, I remember drawing JAWS even before I saw the movie. I remember drawing scenes as I imagined them from the book—I was five when I read the book. As I grew up my subjects changed to a degree. Garfield came and went, Jason from Friday The 13th certainly had enough of a day to concern my mother, and animals in general were always a favourite, but sharks stayed on the hit parade. 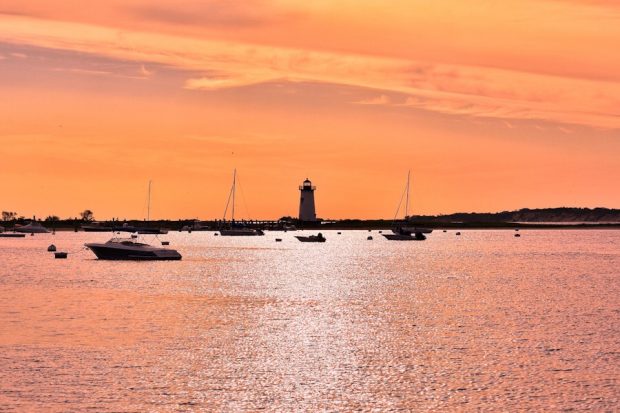 From drawing, from that love of capturing an image, seeing something where others might not, developed my love for photography. I think if you are an artist, you are at the very least, curious about all other art forms. I came back from that 2012 trip with some photos of my friends and me, as well as photos of the island. The camera in those phones was an afterthought. It wasn’t great. Some of the photos though were kind of cool. Every time I went back, I had the latest iPhone and the capability to take better quality photos. Finally, I decided in the summer of 2017, I was not going back to Martha’s Vineyard without a real camera. This meant I had to do some reading because I didn’t know a thing about photography, cameras, or where to start.

The internet is a wonderful thing. As long as you are careful about where you get your information, whatever you want to learn—you can learn. I started reading about cameras for beginners. The one that kept coming out on top was the Nikon D3400. Taking into consideration, what I was willing to spend, ease of use, and its ability to grow as I did as a photographer, this camera seemed like the one for me. So far, I have absolutely no complaints. 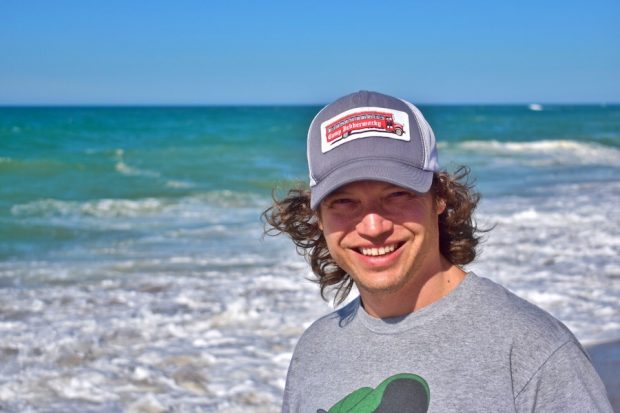 My portrait of Dr Bryan McShea

I have since learned that there is no shortage of photographers who will argue Canon vs Nikon. I am not one of those people. Cameras are expensive. I have no interest in trying to make someone feel badly about their decision. Whatever your purchase, I assume you had your reasons and I sincerely hope that you are happy with your purchase. If you wish to know whether or not I am happy with my Nikon, I am. I think it’s awesome. Armed with my new camera, I headed to Martha’s Vineyard for the Martha’s Vineyard Community Services Impossible Dreams Auction and to take some photos.

The thing about taking photos on Martha’s Vineyard is that the island never stops being beautiful. As a photographer, the biggest thing that I had to learn was when to say “Enough!” Once I get going, it’s really hard to stop. Sunrises change every second or less, same with sunsets. Beaches are full of opportunities for beautiful shots and the thing about these beautiful images is one thing leads to another. Once you see an image in a certain light, it will suggest to you a light or angle that hadn’t otherwise occurred to you. 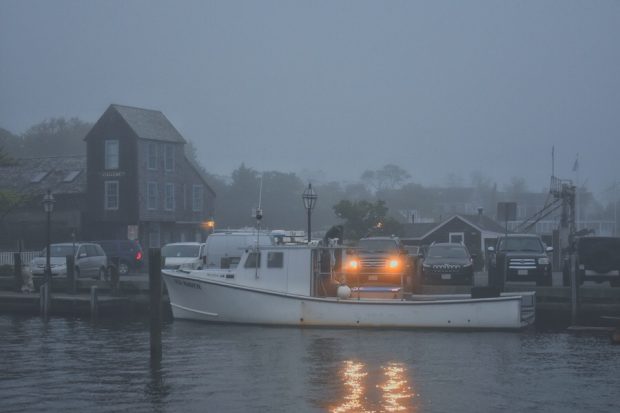 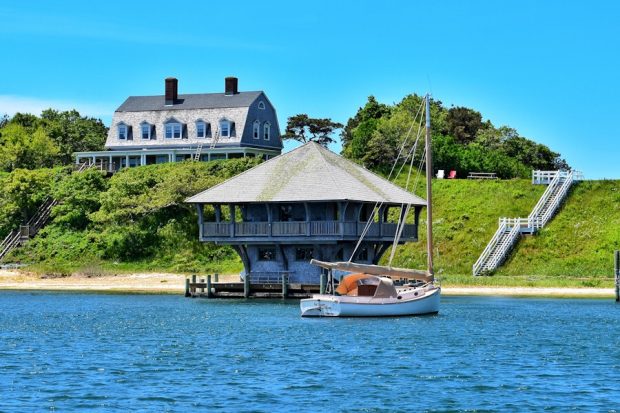 Martha’s Vineyard photographs have become something of an obsession with me. When I am en route to the island, I will consider the island and which spots I have “under-photographed”. For example, this summer I definitely have to get out to Cape Poge again. I have only been out there once and it was with an iPhone. Of all of the lighthouses, it is the one I have photographed the least, and for obvious reasons. It’s way out there. When I was writing my piece about the Lighthouses of Martha’s Vineyard, it drove me crazy that I did not have a better photograph to offer for that particular light. 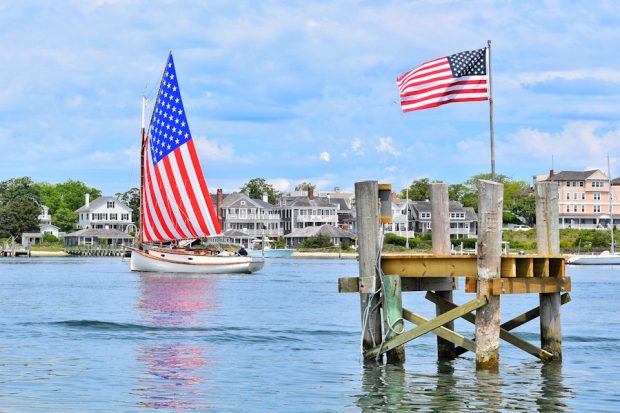 Last summer, I started taking portraits of my friends. I would like to get more of those, so that I can fill up a “friendship wall” in my home. There is a lot of Chilmark that I would like to capture with a proper camera. I haven’t been back to Lucy Vincent Beach since I got my Nikon either. I’d like to rectify that—same with Quansoo Beach. I was thrilled when I finally got to go through the new Martha’s Vineyard Museum! Museums are great. I got some really cool shots of that building when it was a dilapidated marine hospital. Going up to take contrasting images after their impressive refurbishment was great. Will this be the year that I finally sit long enough in the green space in Edgartown to capture a really good photo of a bunny? Maybe… Of course, I will never get enough photos of Catboat Charters, but that goes without saying. 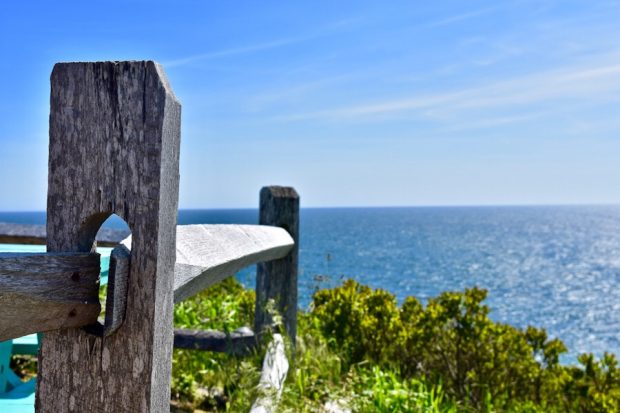 I always say that nothing changes on Martha’s Vineyard but the seasons, but that’s not entirely true. There are changes, subtle ones. You have to watch for them. As a writer, I have always been observant. You have to be able to see life in order to write about it. Being a writer and an artist shaped me into a budding photographer. A good photograph tells a story. Do I know how to use and or set all of the bells and whistles on my camera? No, not even close. But I’m really enjoying using it. It’s so much fun. 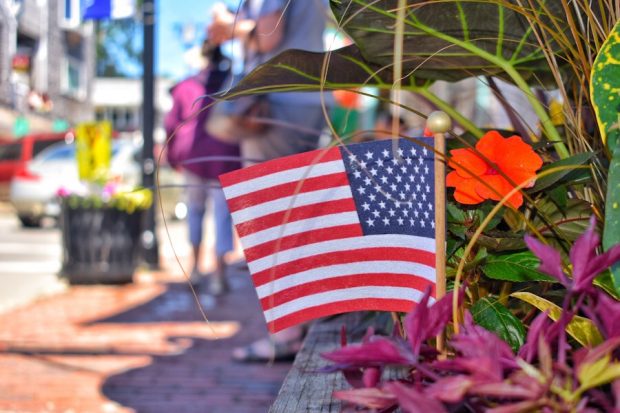 Funny thing is, I still use my iPhone camera for my Martha’s Vineyard photographs as well. There are photographers out there who will say that iPhone cameras and their ilk are ruining “real photography”. I have never heard such codswallop in my life. Art is about having fun and enjoying yourself. If anything, someone taking cool photos on their phone, just might turn them onto camera photography. That’s what happened with me. Then again, it might not, and that’s okay too. Sometimes, a pencil sketch is just what a situation calls for. Not everything has to be done in oil.